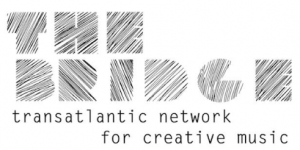 The Bridge was built upon a simple observation and premise: while it’s nowadays accepted that jazz and improvised music, in France and in Europe, have found their independence and originality, some North-American scenes, especially in Chicago, are still developing to the beat(s) of their own drum(s). Yet the independence earned and the originality developed by the one or the others should not prevent new forms of cooperation, alongside each and everyone’s specific projects. On the contrary, it seems to us they should encourage them.

Beyond the artistic merits, The Bridge also observed that the current structure and objectives of the performing arts industry is no longer adequate to support and sustain long-lasting musical exchanges. Transnational musical collaborations, due to the lack of dedicated structures, are often built around a single event, be it a festival performance, a tour, or a recording, and do not have the opportunity to grow from collaboration to circulation.

To address this issue, we have developed an innovative and focused method of securing resources ever rarer for creative musicians today – space and time, that is, for artist-initiated projects to freely develop and explore new musical directions, free from the constraints surrounding their everyday work as musicians. And, of course, the time and space to share their work, processes, and vision in both musical and extra-musical contexts and situations, as we also take it to heart to push the boundaries of what is usually construed as the “jazz audience". For we believe creative music goes beyond performance, which is why our exploration travels also consist in trans-disciplinary work, interventions in schools and universities, public discussions, events with grassroots organizations, and so forth.